This is a reflection upon my time spent in the Invisible Flock studio, facilitated by a research bursary from Liverpool Biennial, a-n (The Artists Information Company) and Open Culture. My project focused on LIDAR mapping technologies, and studio manager Klavs Kurpnieks, whose support was invaluable, mentored me throughout. Huge thank you to him and to everyone for making me feel so welcome!

Over the years I have undertaken numerous residencies, and gained different things from them. However this one stands out as one where I have had the most access to and learnt most about technologies not normally available to me. Alongside two different types of LIDAR (Ouster and Faro), which I had originally intended to explore, we used a drone to capture photogrammetry footage of the lake and I was introduced to ‘Unity’ and ‘Reality Capture’ software to develop a video from the LIDAR footage. This opened up other processes that were completely new to my practice, and which I hope to develop in future. 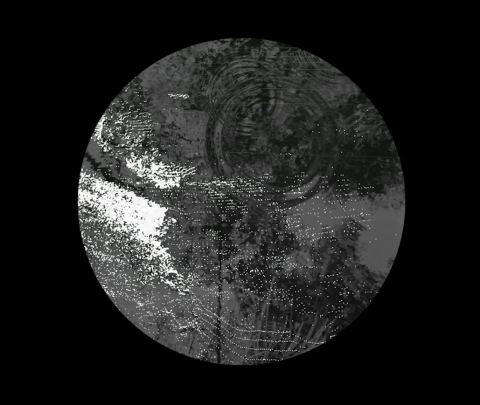 More importantly, the way in which the Invisible Flock team interface with technologies – in a very fluid, non-technical and playful way – was very empowering and transformational. This playfulness was evident in our conversations about the technologies I could experiment with, which often involved pushing them to their limits in terms of what they were originally designed for. It was very much – try that and see what it can do!

My project focussed upon mapping water, and as LIDAR is designed to map solid surfaces and not water, I fully expected noise and glitches to be part of the process. Working at Invisible Flock, as opposed to a scientific institution with its strict protocols on how technologies should be used, gave me the confidence to experiment and play. I am rarely allowed to use visualisation or mapping technologies myself in a research institution. At Invisible Flock, Klavs used plain English and crucially, encouraged me to get hands on experience of the equipment right from the start.

I was amazed at how quickly we captured LIDAR and photogrammetry footage and how quickly I was able to edit it together with some sound recordings I made using hydrophones. It all came together in a relatively short period of time. Setbacks – such as the Ouster scans not picking up water – were incorporated into my videos. I worked with the notion of ‘absence’ by using the circular shadow area from the footage, and the movements of my body as I walked around with the Ouster, evoked the movements of water.

Artists see things in visualisations that scientists don’t see; we look at them differently. And through this we open up other meanings in data visualisations. The final part of my process involved projecting the edited footage upon the surface of the lake at night. I didn’t know what this would look like or if it would work, but it transformed the footage into something quite magical! 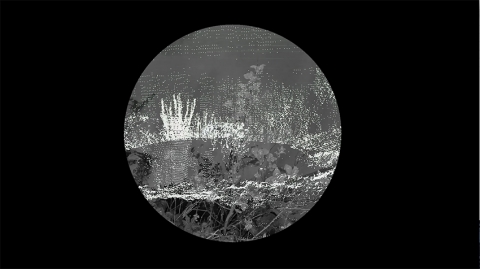